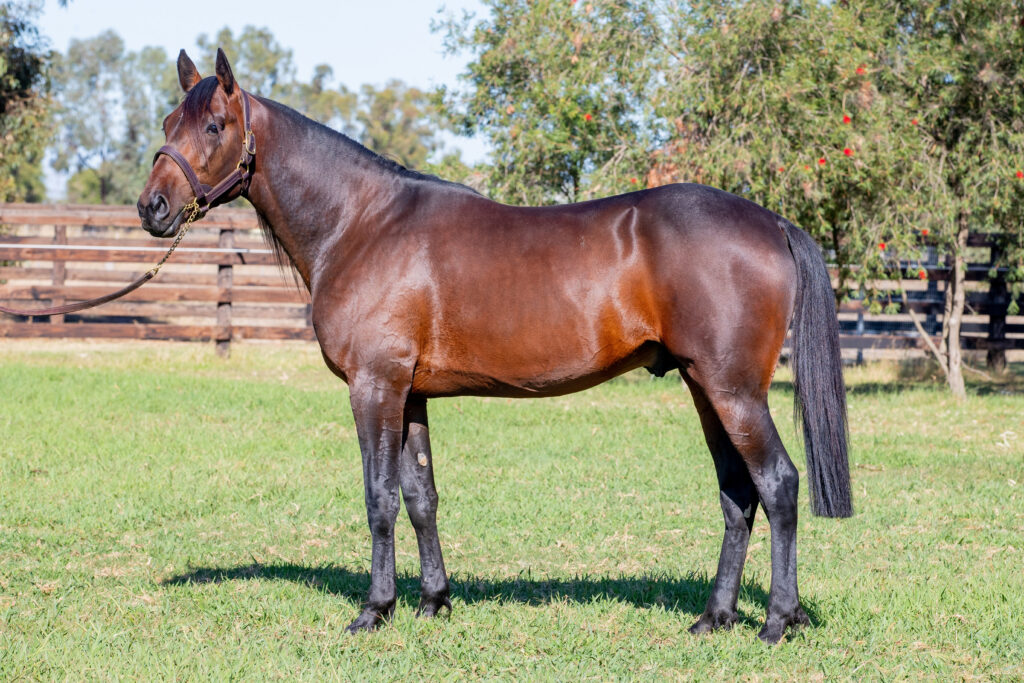 Alabar are thrilled to announce the addition of Zenith Stride to it’s roster for this coming season.

Purchased for $350,000 at the famed Harrisburg yearling sale by Emilio and Mary Rosati, Zenith Stride was one of the very highest priced trotting colts that year and he didn’t take long to repay the Rosati’s.

In that race he sprinted home strongly and defeated the eventual Two Year Old Trotting Colt of the Year Venerate.

After the race his driver Brian Sears said “I liked this colt the first time I sat behind him.”

Zenith Stride franked this form with a win in the International Stallion Stakes at the historic Red Mile later in the season.

His trainer Mark Harder was a firm believer in Zenith Stride.

“He had a huge clean gait to him and high natural speed that he didn’t have to work at,” said Harder.

“He is a really kind, easy to handle colt. A pleasure to be around with a great personality.”

As a physical specimen Zenith Stride is without fault. A perfect combination of athleticism and power.

Zenith Stride is by Muscle Hill out of the stakes winning Credit Winner mare Open Access, who in turn is a full sister to the millionaire Dejarmbro.

Such is the depth of his breeding that on his pedigree page you will find two Broodmares of the Year, two millionaires and a further five $500,000+ earners!

“He has been at the farm for a month and a half now and in that time he has settled in beautifully.”

“He is a stunning horse to look at, but just as importantly he has a magnificent temperament.”

“We, along with the Rosati’s, will be supporting Zenith Stride with quality mares to ensure he get the best chance at stud.”

His book will be strictly limited, so please book in early to avoid disappointment.