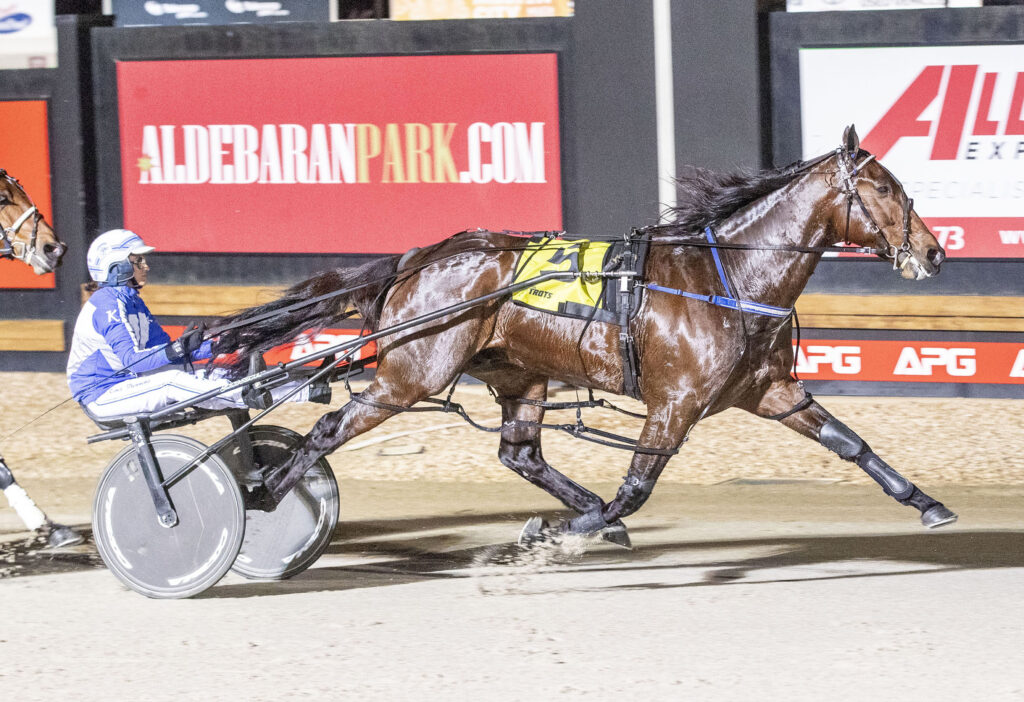 The star horse is set to serve mares this coming season while he continues his path back to the racetrack.

Ride High possesses a level of speed which only great horses have. In full flight he is simply breathtaking.

His speed is shown by the fact that he lays claim to four of the six quickest last halves ever recorded at Melton and the two quickest last quarters.

His lifetime mark of 1:49 came when he obliterated the track record by 2.7 seconds at Bendigo. After sitting in the breeze, he proceeded to run home in 26.1 and 27.5 with the ear plugs still in!

Prepared throughout his career by Clayton Tonkin and Emma Stewart, he is a winner of 16 races from 18 starts.

His richest win came over a star-studded field in the Group 1 Breeders Crown as a three-year-old. After taking the lead in the middle stages, he scored an emphatic win with a 25.7 last quarter!

Clayton Tonkin makes no secret about how highly he rates Ride High – “I’ve never trained a horse with more talent than Ride High.”

“He is a magnificent individual who just exudes power. He has the most efficient gait and a great mind. He really has it all.”

“I believe he’ll make a great stallion because he has the rare talent, the breeding and the looks – he ticks every box.”

Ride High possesses the physique of a thoroughbred sprinter – all power.

His pedigree lacks for nothing being a son of Art Major from one of Australia’s leading maternal families.

He is a half-brother to Australian Three Year Old Pacing Filly of the Year, Rocknroll Magic, and he hails from the same family as Safe And Sound, Major Secret and Beauty Secret.

Alan Galloway identified Ride High as a horse he had to have, “I’ve been all around the world and seen the best of the best, most of them in the flesh, and this horse is next level.

“The way he gets over the ground so easily and the times he runs without being asked … he’s just amazing.”

We hope to see Ride High continue to blaze up the racetrack, but in the meantime, we are extremely excited to offer him to breeders.

Ride High will be available to Australian breeders for a fee of $4,950 (incl GST).