ELITE STRIDE TO STAND AT ALABAR 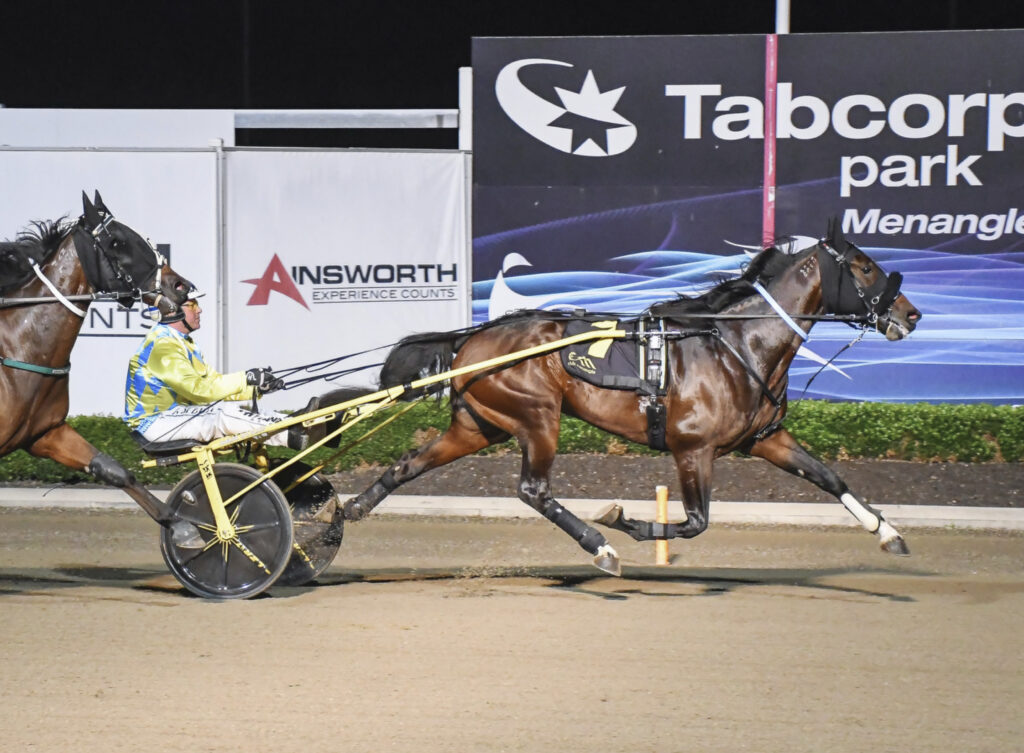 Elite Stride, the reigning Australian Three-Year-Old Trotting Colt of the Year, will stand his debut stud season at Alabar Australia in 2021.

Bred and raced by Emilio and Mary Rosati, Elite Stride has won or placed in 13 of his 14 lifetime starts in an outstanding career to date. Amongst those wins were race record victories in the Group 1 Need For Speed Prince Final, The Group 2 NSW Derby and the Group 2 Holmfield.

He again broke the race record in the NSW Derby setting a torrid early speed before showing great heart to hold off his challengers and win.

In the Holmfield he was breathtaking. He came near last with a lap to go and circled the field to win in 1:56.6 – 1.1 seconds inside the previous race record.

Trained throughout his career by leading horseman Anthony Butt, Elite Stride impressed him greatly – “He is the fastest young trotter I’ve ever driven.”

“He is beautifully gaited and has that American speed. He is next level.”

The product of an incredible vision from Emilio and Mary Rosati, Elite Stride’s pedigree would fit right in amongst the world’s best.

He is a son of world’s leading sire Muscle Hill, while his dam Real Babe is a $386,103 earning daughter of Donato Hanover.

Real Babe was purchased by the Rosati’s for $200,000 at the Harrisburg mixed sale with the intent of improving the trotting breed in the Southern Hemisphere.

She has done that with Elite Stride and now it his opportunity to make his mark on the Southern Hemisphere trotting scene.

“We are extremely excited to be standing Elite Stride for Emilio and Mary,” said Alabar Australia General Manager Brett Coffey.

“It is exceedingly rare that you get to stand a son of Muscle Hill with the maternal family that Elite Stride possesses.

“His pedigree is fantastic, but a stallion also needs racetrack performance and anyone that witnessed his wins in the Need For Speed Prince Final and the Holmfield could only be impressed with his speed and power.”