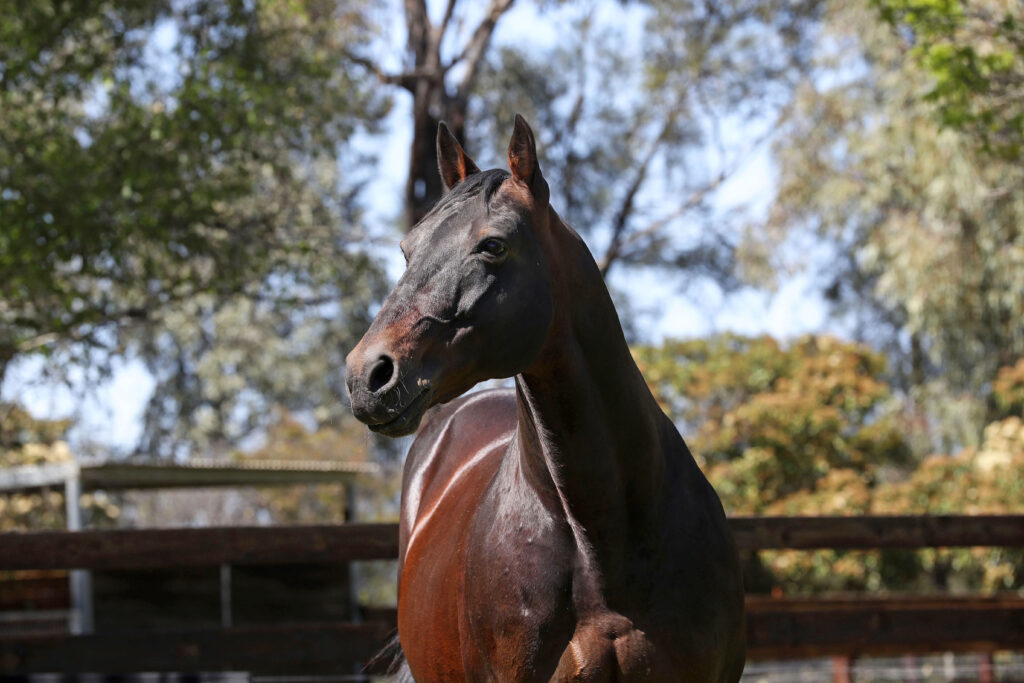 Aureus took another step up on Saturday night when winning the Victorian Sapling Stakes for two year old fillies.

The daughter of Art Major had to do it the tough way as well. Facing the breeze for the last 1000 metres, Aureus was too good and won by 3.3 metres.

Bred and raced by Nick Hooper’s Highfield Farm, Aureus now has a record of two wins and a second from just four starts.

Aureus’ win made it a Sapling Stakes sweep for the progeny of Art Major after Major Celebrity won the colts version last month.

AUREUS TAKES GOLD!
Jess Tubbs-trained and Greg Sugars-driven Aureus was too classy in the TAB Sapling Stakes for two-year-old fillies.
Six races to come from HQ and you can follow the action for free at https://t.co/p8SlwkvsDr! pic.twitter.com/5lZpCnH1vc