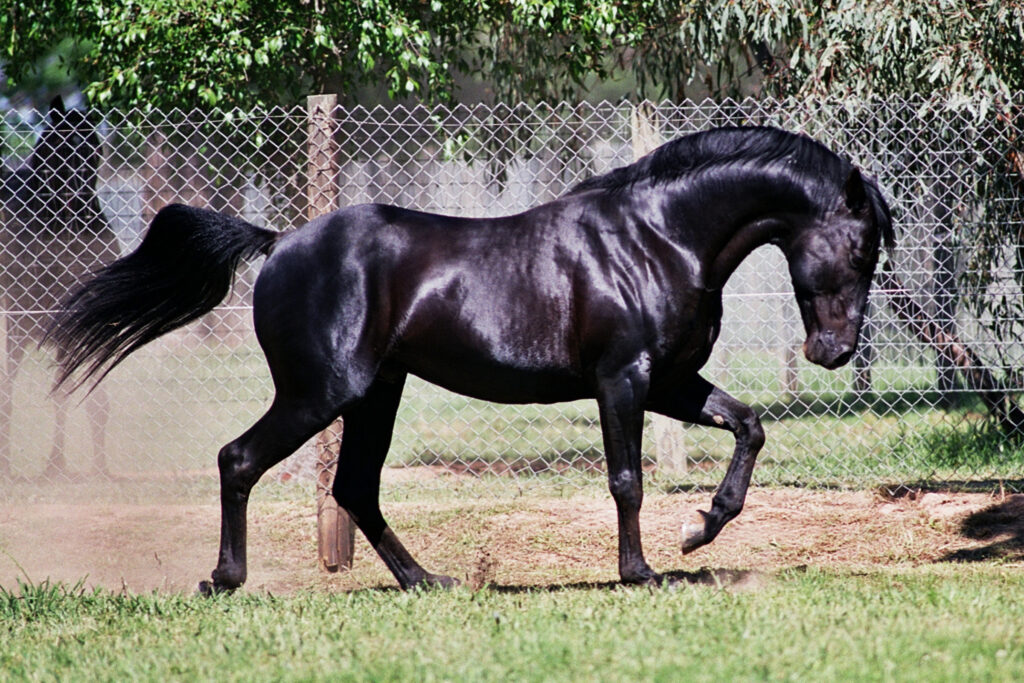 It is with great sadness that we announce that Village Jasper has had to be euthanized due to a twisted bowel.

The twenty-eight-year-old horse was a massive part of Alabar and he will be sorely missed.

Village Jasper was a star racehorse for Hall Of Fame trainer Bill Wellwood and in a 30 start, one season career, he won 14 times and amassed earnings of $1,057,595.

His biggest win came in the Breeders Crown 3YO Final in which he exploded away from an amazing field and won by over three lengths.

Village Jasper was brought to Australia by Alabar and John Bagshaw and at stud he was everything you could ever dream of.

He was a two time Champion Stallion in Australia and in total he sired 874 winners who won over $42 million across Australia and New Zealand.

He sired 17 Group 1 winners led by the outstanding mare Broadways Best but also included horses such as Australian 3YO Filly of the Year Nemeeshar and even the Dullard Cup winning trotter Viva La Fever.

“He was the most beautiful horse,” said Alabar owner Alan Galloway.

“Everyone who saw him fell in love with him. He had an amazing physique and an even better temperament.

“I remember speaking to his trainer Bill Wellwood and he recounted the story of how he bought him as a yearling. He wasn’t originally on his list to look at, but he saw him walking around the barn and was so impressed with him that he had to buy him.

“Jasper will be sorely missed at Alabar. He was such a pleasure to do anything with.”

John Coffey, former Alabar Australia General Manager, had this to say, “Village Jasper was such an asset to the Australian breeding industry after being imported from Ontario, Canada in 1999.

“Sure he was a leading sire, but it was Village Jasper the little black horse, with the giant personality that I will remember to my dying days. He was certainly my favourite stallion during my many years at Alabar and probably everyone’s favourite, as he sired such easy going, kind and intelligent colts and fillies. You were a little Champion VJ.”

In recent years Village Jasper was gelded and he became a minder for some of our weanling groups. In that time he became incredibly good friends with Presidential Ball and the two champions were inseparable.

Goodbye Jasper, it was an absolute pleasure.